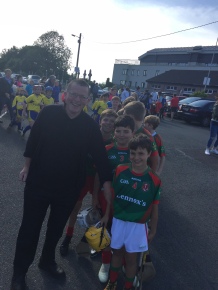 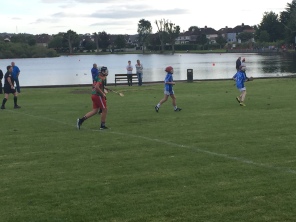 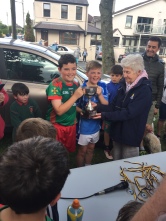 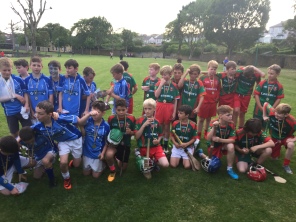 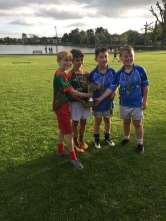 Every year a hurling league takes place at the Lough in June.  4th class pupils from the schools in the surrounding area play against each other.  The results of the first night determines who plays in the finals the following night.

On Tuesday the 19th of June, St. Joe’s played against Greenmount and Glasheen and won both games.  On Wednesday evening, they were playing for the Mick Finn Memorial Cup against Glasheen.  With an end score of 1 goal and 1 point to each team, it was decided to call it a draw and share the cup.  It was particularly special as the new Lord Mayor Mick Finn, awarded both teams with the cup.

This entry was posted in Uncategorized. Bookmark the permalink.